FACULTY OF ARTS AND SCIENCES | HARVARD.EDU
January 4, 2018
A tribute to the late professor who taught a junior seminar and mentored students in ESPP.
December 18, 2017

ON THEIR WAY TO CHURCH ON SUNDAYS, the residents of Port Victoria, Kenya, would pass by young Calestous Juma’s house and drop off things that were broken—radios, record players, appliances. The 12-year-old had special dispensation from his priest to stay home and fix them. He was, the priest contended, “doing God’s work.”

The scale of broken things that Juma tried to fix grew considerably over the years—ranging from agricultural innovation to technological education in Africa to the acceptance of new technology—as did the global community of people who came to rely on him for his intellect and energy.

That global community mourned the passing of Juma, a leading voice among interdisciplinary scholars and practitioners working to harness science, technology and policy in the service of sustainable well-being. Juma, who passed away Friday (December 15) after a long illness, was a professor of the practice of international development at Harvard Kennedy School and director of the Belfer Center’s Science, Technology and Globalization Project. He was 64.

From colleagues at Harvard Kennedy School to world leaders to his countless friends and followers, Juma was remembered for his towering contributions, as well as for his modesty and good humor.

“I came to rely on Calestous’s invincible good spirits in all of our conversations about his own work and about the Kennedy School’s work regarding Africa,” said Douglas Elmendorf, dean of the Kennedy School and Don K. Price Professor of Public Policy. “For all of Calestous’s amazing accomplishments and contributions to the Kennedy School and to the world, he was always modest about what he had done and focused entirely on what he could do next. He was a true model for us all to aspire to. I will miss him very much, as I know so many of us will.” 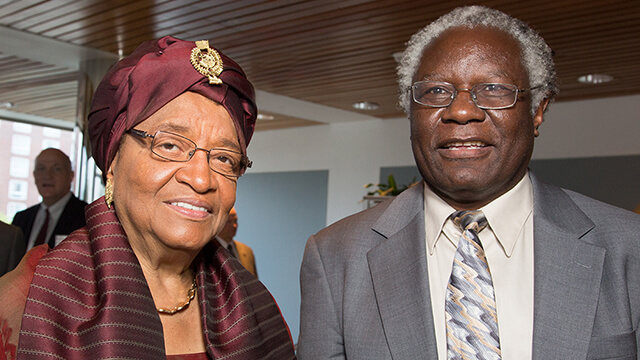 Archon Fung, academic dean and Ford Foundation Professor of Democracy and Citizenship at HKS, lauded Juma’s tireless work. “He warmed me with his humor and enlightened me with his wisdom,” Fung said. “He touched so many of us so often, and he will be greatly missed by all of us in the Kennedy School community.”

Juma’s work ranged in scale from the global to the very local. It was his work on the interaction of biodiversity, biotechnology, and development that first brought him to international prominence, said his colleague Bill Clark, Harvey Brooks Professor of International Science, Public Policy, and Human Development. He wrote the influential book, “The Gene Hunters,” helped give rise to the UN Biodiversity Convention, and served as the convention’s first executive director from 1995 to 1998.

He co-chaired the African Union’s High Level Panel on Science, Technology, and Innovation, and pushed for the creation of a system of scientific and technical universities in Africa, and for the use of technology to improve the continent’s agricultural output.

He also counted more technical contributions among his achievements. He helped engineer a cook stove that could improve efficiency and minimize the adverse health effects of indoor smoke. His experience in that process helped him understand the importance of “inclusive innovation”—users balked at the lack of smoke, which had helped them keep mosquitoes away. (“We miss this human element all the time,” Juma said.)

Juma was a science teacher and journalist before going on to earn a doctorate in science and technology studies from the University of Sussex. He went on to found the first African nonprofit dedicated to the application of science and technology to sustainable development before joining Harvard Kennedy School in 1999.

“It was my initiative to bring Calestous to HKS, partnering with Bill Clark and Jeff Sachs, after I learned he was movable from the leadership of the Global Biodiversity Convention,” said John Holdren, Teresa and John Heinz Professor of Environmental Policy and former science advisor to President Obama. “His passing is a shocking personal loss, as well as leaving a gaping hole in the global community of interdisciplinary scholar-practitioners in the domain of science and technology for sustainable well-being.” 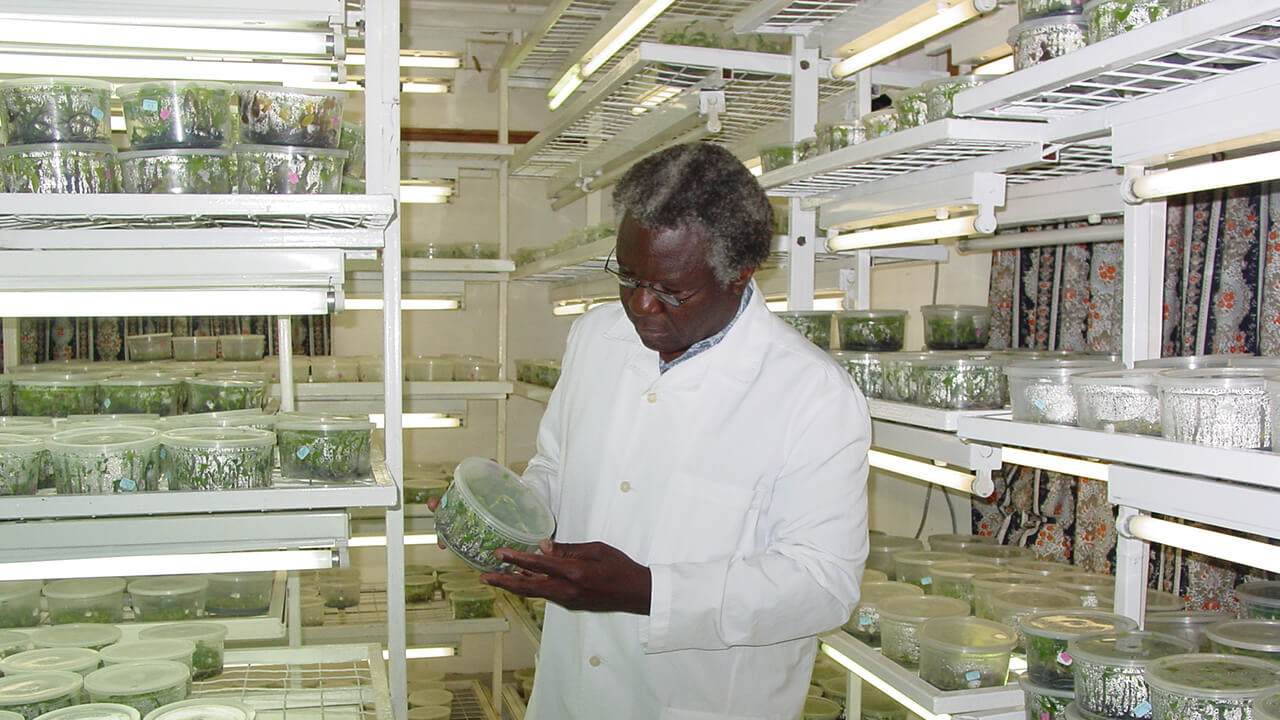 Juma's work focused on the use of technology to improve Africa's agricultural output.

At HKS he was affiliated with the Belfer Center for Science and International Affairs, the Center for International Development, and the Mossavar-Rahmani Center for Business and Government. He also served as faculty chair of the “Innovation for Economic Development” and “Technology, Innovation and Entrepreneurship in Africa” executive education programs, and had served as faculty chair for the Mason Fellows program.

The recipient of a raft of prestigious prizes, including the 2017 Breakthrough Paradigm Award and the 2014 Lifetime Africa Achievement Prize, Juma served on the jury of the Queen Elizabeth Prize for Engineering and the Africa Prize for Engineering Innovation. He was elected to the Royal Society of London, the U.S. National Academy of Sciences, the World Academy of Sciences, the African Academy of Sciences, and the UK Royal Academy of Engineering among others. He was a prolific writer, including his recent book “Innovation and Its Enemies: Why People Resist New Technologies.” He had also become a social media leader, with a huge following, and a sideline in cartoons poking fun at what he saw as the obstacles to science and progress.

“To ministers and heads of state, he was a sought-after adviser, pointing the way toward reforms that boosted farm yields, educational standards and economic prosperity,” said Ash Carter, Belfer Professor of Technology and Global Affairs and director of the Belfer Center. “To the scientific community, he was an unstinting champion of innovation and rigorous evidence. To his students, he was a passionate teacher and mentor. To thousands of his fans on social media, he was a fount of insight, optimism and good humor. To us, he was a dear friend and extraordinary colleague.”

Tributes to Juma’s poured in via social media—from sitting and former heads of state, colleagues, friends, and admirers—remembering an extraordinary life and influence. Kenyan President Uhuru Kenyatta wrote of “his warmth, his love of learning, and his great generosity,” while Paul Kagame, president of Rwanda, mourned a “brilliant mind who was dedicated to innovation, education, and Africa’s prosperity.”

The vast network of HKS alumni influenced by Juma also saluted his legacy. Subhash Ghimire MPP 2014 tweeted, “’If you build it, I will come,’ he used to tell us,” Tweeted Subhash Ghimire MPP 2014. “[He] was an inspiration to young graduate students ... We loved his humor, curiosity & optimism.” Allen Asiimwe MC/MPA 2017 described him as a “shining African light ... always available to engage and inspire students, leaders, and all.”

Juma is survived by his wife, Alison, a son, Eric, and a sister, Nanjala.

Public memorial services will be held in Kenya on January 4 at Holy Family Basilica in Nairobi and on January 5 at Port Victoria’s St. Nicholas Catholic Church. A Harvard gathering to celebrate his life is being planned for later in 2018.

Read more tributes to Calestous Juma on the Belfer Center for Science and International Affairs website.

See also: In the news